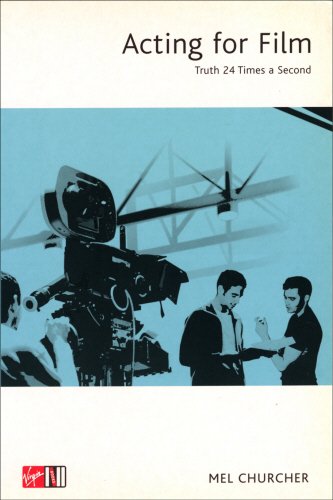 What makes film acting different from acting on stage or TV? This book is a guide designed for actors already working in film, for those who want to, as well as for directors, teachers and anyone interested in film acting.

Review
An extraordinary achievement. This is consummately the film actor’s bible. -- The Society of Teachers of Speech & Drama Journal May 2003

Mel Churcher has the distinct advantage of extensive personal experience and has produced a quarry of useful tips and resources. -- Direct: The Magazine of the Directors Guild of Great Britain, Spring 2003

Why do some actors compel our attention on the screen while others never catch our imaginations? What makes film acting different from acting on stage or TV? Acting for Film is a unique guide designed for actors already working in film, for those who want to, as well as directors, teachers and anyone interested in film acting.
The majority of young actors have ambitions to succeed in the motion picture industry. But how do you do it?
The author uses her wide experience as an acting and voice coach an major movies to offer insights into the film acting process. She provides tasks, techniques and tips that are designed specifically for film: there's advice to make the first-time film actor feel at home on set, tips on the casting process, how to cope with auditions, on-camera techniques, schedules and shooting order, as well as specific advice from film crews to help an actor's performance. This practical workbook combines exercises and anecdotes in an informal and accessible style, making it the indispensable guide for anyone wishing to light up the silver screen.


Mel Churcher has worked internationally as a coach for actors and runs regular 'Acting for Film' workshops for professional actors. She has been dialogue or acting coach on movies such as The Secret Garden, The Fifth Element, Joan of Arc, 102 Dalmations, The Hole, Lara Croft: Tomb Raider and The Count of Monte Cristo, and works with directors such as Luc Besson and Guy Ritchie.